Good character is a manifestation of the capacity of citizens to govern themselves. It is the true ground on which citizens pledge to each other their lives, fortunes, and sacred honor.

Editor’s Note – This response essay was originally published at American Greatness on September 6, 2021.

“If ever I feel worthy”, Lincoln wrote, “it is when I contemplate the cause of my country deserted by all the world . . . and I standing up boldly and alone . . . hurling defiance at her victorious oppressors. Here, without contemplating consequences . . . I swear eternal fidelity to the just cause . . . of the land of my life, my Liberty, and my love . . . But if after all, we shall fail, be it so. We still shall have the proud consolation of saying to our consciences . . . we never faltered.”

Tom Klingenstein concludes his recently released speech with this quotation from a speech a 30-year-old Abraham Lincoln delivered in the Hall of the House of Representatives in Springfield, Illinois in 1839. Klingenstein calls on all patriotic Americans, but especially all leaders of the Republican Party, to stand with him in hurling defiance at our near-victorious oppressors.

Republican leaders must think, talk, and act as if they are at war if there is to be any chance of saving our country. The odds are probably against us, as Lincoln believed they were against him; there is no guarantee that we can win, but we can be certain we will lose the war and our country if we do not, right now, begin to fight in the spirit that deserves victory even though victory can never be guaranteed.

I am a friend of Tom Klingenstein. I have talked with him many times about the ideas in this speech, and he and I disagree about some of them. For example, in his brief reflections on January 6, I wish he had said that the Soviet-style police state the Democrats have created in the name of “insurrection” is doing immeasurably more damage to “our democracy” than anything threatened by those being imprisoned for alleged law-breaking on that day. But you can’t say everything in one speech, and I think the seeds of many urgently needed speeches are contained in this one.

Among the many things he is not, Klingenstein is not a professional orator. But he has chosen deliberately to present his argument in a speech rather than merely in writing. I think he was wise to do this because seeing and hearing a speech delivered, one sees and hears the character of the speaker more readily than one can discern it in the silent written word, and character is the most powerful element of speech. A Phone Call from President Trump 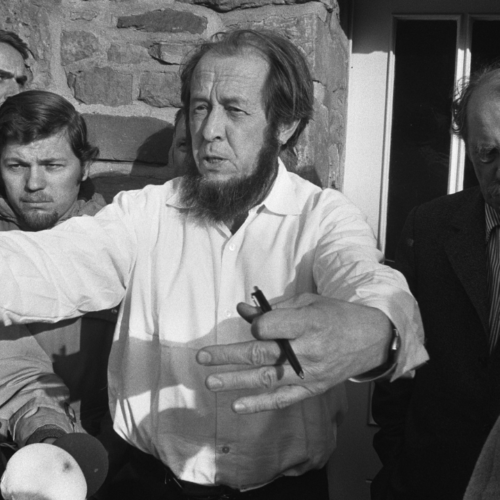